85 percent of the Worlds fish stocks are fully exploited or on the brink of collapse, and aqua culture could be the response to the pressure on wild fisheries and secure food for a growing population. However, critics say, the opposite might happen. 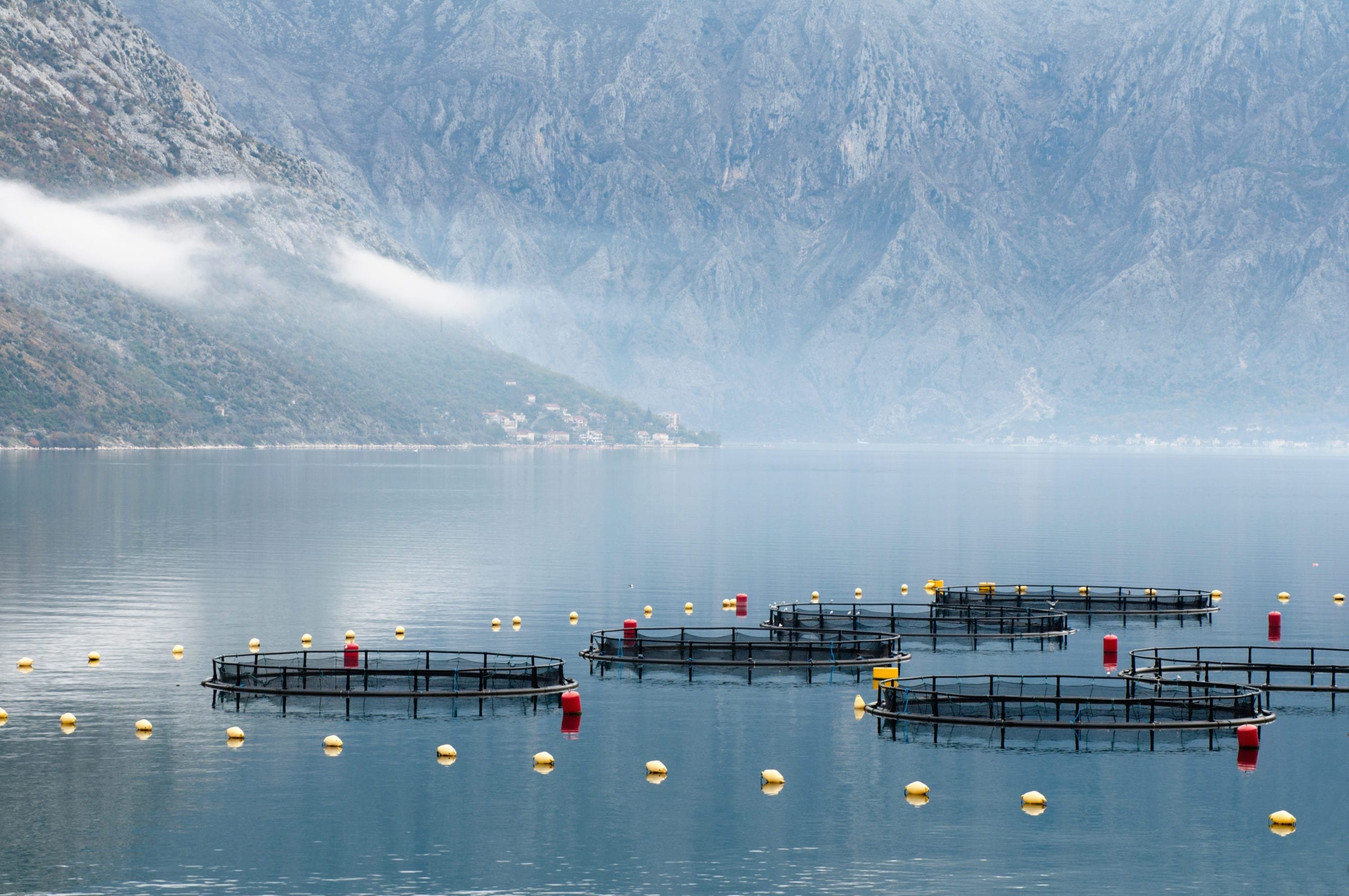 Fish farms like this in Montenegro should mitigate overfishing of the oceans, but it might have the opposite effect.

Why you should spend 2 minutter on this article:

Fish farms are emerging all over the World to secure fish enough for the World’s population – however, fish eat fish, and currently we fish for fish instead of people, critics say.

Today, fish is the most important source of protein for 17 percent of the world’s population, and in about 30 years, we will urgently need cheap and healthy sources of protein. In 30 years we will be around nine billion people on the planet. This is pointed out by UN agricultural organization FAO in their report, The State of the World’s Fisheries and Aquaculture Report 2018.

In short, if we want to feed the entire world’s population, we need to produce more fish.

Therefore, fish farming is supposed to deliver 109 million tons of healthy and relatively cheap fish to consumers around the world in 2030, FAO says. By that time farmed fish will make up for 60 percent of the world’s fish production, and the pressure on wild fish will ease, and hence the climate pressure will be less.

That is the UN’s valuation. Marine Biologists seem to disagree.

“You do not ease the pressure on wild fish by using pelagic fish in feed to farmed fish”, Daniel Pauly writes in the scientific magazine Nature.

Farmed fish has to be fed with fish – in the shape of fish meal- and an increase in farmed fish will naturally lead to a larger pressure on fishing”, says Daniel Pauly.

“The increased demand for fish flour used for fish farming puts a large pressure on pelagic fish all over the world”, he says.

According to FAO, 85 percent of the world’s fish stocks has reached its maximum limit for fishing, or is about to collapse. And the future does not look any brighter.

The state of the World’s Fisheries and Aquaculture Report 2018 says:

“It seems unlikely that the world’s fishing fleets in a near future will be able to restore the 33.1 percent of fish species, which today are overfished, because a restoration takes time, usually to-three times the species life cycle”. 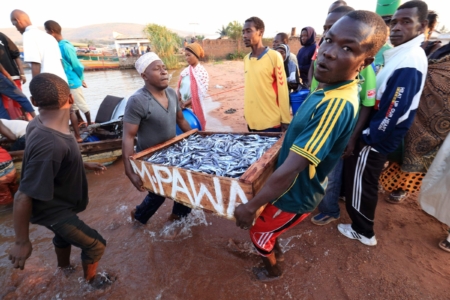 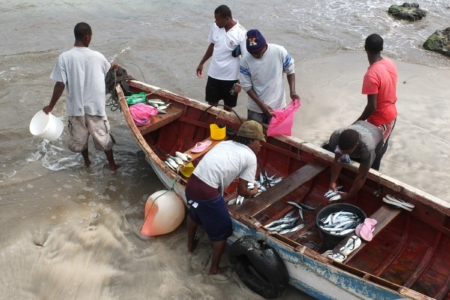