After Atacama’s brine water has evaporated, lithium-concentrated salt is transported to the Chilean coastal city Antofagasta for the production of lithium carbonate. Subsequently, it is shipped out – mostly for battery manufacturing in South East Asia. 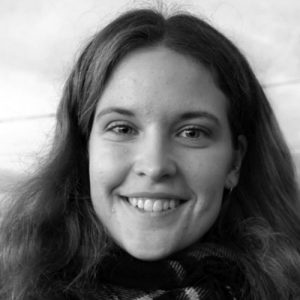 There is a reason why Chile has been dubbed “the Saudi Arabia of lithium”. For the past 20 years, the country has accounted for almost 40 percent of the global supply of the silvery-white metal that is essential for making the rechargeable batteries used in computers, smartphones and electric cars.

Lithium is viewed as a crucial building block in the “green energy transition” to low-carbon technology. But the increasing extraction of lithium is fuelling conflicts over water scarcity among the indigenous peoples of Chile’s Atacama Desert, where some of the world’s largest lithium deposits lie.

Danwatch has reviewed annual reports, shipping data and press releases to determine which companies are buying lithium from Chile. While most companies are secretive about their lithium suppliers, we can say for certain that many of the world’s best-known electronics and electric-vehicle manufacturers get batteries from companies that use lithium from the Latin American country.

As Danwatch has described, the two largest companies extracting lithium in Atacama are the US corporation Albemarle and the Chilean and partially Chinese-owned firm SQM.

From Chile to your electronics

The supply chain of lithium batteries depends on the type of battery, and there are major differences between battery types in their journey from Chilean brine to being a complete battery. It is difficult to trace how and where lithium is included in the production process, and so the graphic shows overall connections from mining companies Albemarle and SQM in Chile to well-known manufacturers of electric cars and consumer electronics.

Neither company would tell Danwatch whom they sell lithium to. But in Albemarle’s 2017 annual report, we found Panasonic, Umicore and Samsung SDI. mentioned as some of the company’s largest customers. All three companies are, according to market analysis companies, among the world’s top 10 largest lithium-ion battery manufacturers; and according to several reports, Panasonic is the world’s largest manufacturer of batteries for electric cars. In Albemarle’s 2018 annual report, the comparable section looks almost identical to the one in the 2017 report, yet Albemarle has removed any mention of its customers.

Asked if the company still sells lithium to those companies, Albemarle’s Country Manager in Chile, Ellen Lenny-Pessagno, responded that the company “continues to sell lithium to the principal EV battery material and battery producers”, and that Albemarle tries to maintain a “long-term relationship strategy with its customers” — in other words, she did not respond directly to Danwatch’s questions about specific companies.

Pump extracting brine from the Atacama’s underground. The brine is then transported through the pipes to the nearby evaporation ponds.

SQM has no publicly available information about its customers. But according to US shipping data, which Danwatch has reviewed, the company sells lithium to British battery manufacturer Johnson Matthey Battery Systems, among others. Johnson Matthey is Europe’s largest independent designer and manufacturer of lithium batteries, according to its website. According to shipping data that Danwatch has reviewed, the company sells batteries to consumer electronics manufacturers such as the German industrial company Bosch, as well as battery companies such as Korean firm LG Chem and Chinese firm A123 Systems, which are both ranked among the world’s top 10 lithium-ion battery manufacturers.

“Umicore has a general policy of not disclosing specific names or commenting on specific supplier or customer relationships,” writes Marjolein Scheers, head of press and external relations, in an email.

Danwatch has contacted numerous electric-car manufacturers to find out if there is Chilean lithium in their batteries, but the majority, like Umicore, have a company policy regarding supplier and customer confidentiality. Kia and Hyundai replied that they will not reveal their suppliers. BMW does not want to disclose its supplier either, but does admit using lithium from Chile:

“The lithium metal in our products comes from South America (Chile) and Australia, and is processed in China. Please note that we cannot comment publicly on our distribution of raw material purchases in detail due to competition concerns,” writes Dominic Stoiber of BMW groups, in an email to Danwatch.

The salt lake Laguna Chaxa in the Atacama.

What is a lithium-ion battery?

Tesla has not responded to Danwatch’s inquiries. But public documents show that, since 2014, the electric car manufacturer has been working with Panasonic on Tesla’s North American ‘Giga factory’, which aims to mass-produce batteries for Tesla Motors. Tesla has also ordered batteries for an upcoming ‘giga factory’ in Shanghai from LG Chem, which also supplies batteries to Volkswagen. Volkswagen did not respond to Danwatch’s inquiries either.

In addition to the rapidly increasing production of electric cars, a lot of lithium is used in the consumer electronics that most Europeans surround themselves with.

Samsung and Panasonic are responsible for battery production for many of the most popular smartphones and computers. It appears from Apple’s 2019 supplier list that the company gets batteries produced at LG Chem, Samsung Electronics and Panasonic. Apple’s director of corporate public relations in Europe, Sam Fulton, confirms to Danwatch that LG Chem and Samsung Electronics are supplying batteries for Apple’s products, but Apple will not inform Danwatch if Chilean lithium is used in the company’s batteries.

A scale and quality that few others can offer

Among other things, the many links between lithium extraction and the completion of a battery for a smartphone or a computer make it difficult to track exactly which devices contain lithium from Chile.

The vast majority of Chilean lithium is first exported to South Korea, China and Japan, where a large part of the world’s battery production takes place. According to Andrew Miller of Benchmark Minerals, a market research firm specializing in lithium-ion batteries, it could further complicate the case that battery manufacturers often have multiple lithium suppliers. However, he thinks there is a good chance that many of the best-known electronics and electric-car manufacturers are using Chilean lithium:

“As the most established suppliers in the market, Chile provides scale and quality that few others can offer today,” Andrew Miller tells Danwatch.

Amid soaring global demand for lithium, more and more sites in Chile are being explored for extraction. Across the country, indigenous communities oppose future mining projects.
1. December 2019 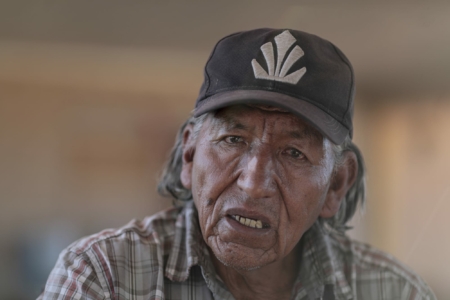