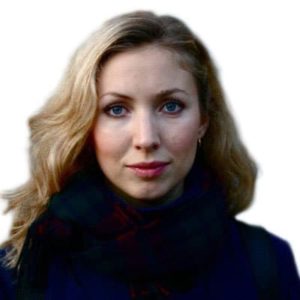 International Media Support og Danwatch will be working with Google to develop a new digital platform that will help local media in conflict zones reach global audiences and will support international media in verifying the origin and authenticity of footage and stories emanating from local media in conflict zones. This new initiative will also be an opportunity for local media in poverty and conflict-ridden countries to find a place in the global media market as a trusted source of information and in the long run, build a profit base from this.

Danwatch and Danish media outlets like Kristeligt Dagblad, Zetland and international media like the Financial Times, Bureau of Investigative Journalism and Frankfurter Allgemeine Zeitung are amongst those who have previously benefitted from grants from the Google Digital News Initiative Innovation Fund. The Fund supports innovative ideas within digital journalism.

“What we find is that the stories and footage produced in many of the places in which both Danwatch and IMS work seldom make it onto the global news agenda. This is a problem because this is, in effect, documentation of what is happening in some of the world’s most inaccessible conflicts and that is indeed relevant to a global audience,” says Jesper Nymark, Director of Danwatch.

”Documentation of the chemical weapons attack that took place in Syria in April 2017 is an example of this,” adds Jesper Højberg, Director of International Media Support.

“Our partners in Syria had documented the attack and its aftermath, but the footage was only aired in international media several days after the attack. The new digital platform will remedy this and ensure quicker distribution.”

”Local is the new global”, says Jesper Højberg. “As the example of the Syria chemical weapon attack showed, the lengthy verification process tied to the footage meant that broadcast of this documentation was delayed by several days. In addition, most media do not have the resources to send staff to the world’s most dangerous conflict zones, or they choose not to do so for safety reasons or simply because it isn’t a priority. However, over the years, IMS has built a strong network of local journalists with whom we have worked and who are able to deliver strong documentation from conflict zones,” says Jesper Højberg.

The long-term aim of the digital platform is for local media to increasingly ”own” the platform and use it as a way to develop a sustainable financial business model that will enable them to survive on the delivery of good local journalism.

The Google DNI-Project is one of several joint Danwatch and IMS projects. The development of the digital platform begins in fall 2017.