Danes love avocados. Over the last ten years, Denmark’s avocado imports have more than doubled. But avocados are an exotic fruit that require a great deal of water. A large share of the avocados in Danish supermarkets comes from Chile, one of the world’s primary exporters of avocados.

Since the avocado plantations moved in to Petorca Province in Chile, the rivers have dried out, smallholders have lost their livelihoods, and community wells have dried up, making the locals reliant on deliveries of water by truck.

According to Matias Guiloff, human rights lawyer and professor at the Universidad Diego Portales in Santiago, the local residents in Petorca have had their human right to water violated.

“We are talking about people that face water shortages on a daily basis and rely on water brought to them in trucks. I would say that this not only affects the possibility of living their lives with dignity but also the very possibility of maintaining their traditional form of subsistence economy,” he says.

Because of Chile’s water code, which privatises water rights and views water as a commodity governed by private property laws, the avocado plantations in Petorca Province have legally been able to empty the rivers of water. However, a number of plantations have been accused by local interest groups and politicians of water theft. According to CIPER, a Chilean investigative media centre, as well as court documents obtained by Danwatch, several plantations have been convicted of various violations of the water code.

In the country’s largest avocado-producing region, the drought-prone Petorca Province, where the climate is hot and dry, avocado plants are even thirstier. On average, it requires 70 litres of water to grow one avocado, but in Petorca, it requires more than four times as much – 320 litres. When you put an avocado in your grocery basket, therefore, you risk buying a product that has exacted a steep price from local Chileans.

One example is the avocado plantation Sociedad Agrícola Los Graneros, which was fined for unauthorised extraction of ground water, according to court documents from 2011. Another, Agrícola Pililén, was found guilty in 2013 of having used water at a higher rate than permitted – over 600% higher, in fact – as well as for taking water from an unauthorised location. A spokesperson for Agrícola Pililén confirmed to Danwatch that the company had received the judgment and paid the associated fine, but denied that any illegal water extraction had taken place.

“We do not deny having been fined for minor offenses related to procedural issues before the Dirección General de Aguas [the Chilean water authority, ed.], but we roundly deny the existence of any kind of judgment against Agrícola Pililén Ltda. with respect to the crime of water theft and associated impacts on the rights of third parities,” writes Ana María Cerda Lecaros of Agrícola Pililén in a statement to Danwatch.

Osvaldo Jünemann Gazmuri, owner of Sociedad Agrícola Los Graneros, likewise admits to having been assessed and having paid a fine, but said in a written statement that the judgment was for an administrative error.

“This judgment, though adverse, is not a judgment for water theft, since what is being sanctioned is the extraction of water from an unregulated point. The difference is that the ruling does not question whether Sociedad Agrícola Los Graneros Ltda. extracted more water than its permits allowed, but that it did so from a location that was not the same as the one specified in the resolutions allocating its water rights. This constitutes an administrative error, which is the exact opposite of water theft,” he concludes in a twenty-one-page response.

Danwatch can document, however, that avocados from the plantations Agrícola Pililén and Sociedad Agrícola Los Graneros have been exported to Denmark.

Supermarkets can put pressure on suppliers

According to Andreas Rasche, a professor at Copenhagen Business School who researches corporate social responsibility, supermarkets have the power to put pressure on their avocado suppliers. “Supermarkets can contact their suppliers and ask whether they can guarantee that the avocados they buy and sell do not come from regions affected by water shortages,” he says. According to Rasche, if wholesalers knowingly buy avocados from a region like the Petorca Province, where water shortages are critical, they have direct responsibility and are complicit in human rights abuses. Supermarkets have less direct responsibility, according to Rasche, since they sell tens of thousands of products, and it can be difficult in practice to monitor the supply chain for every product.

“The big supermarket chains can put pressure on avocado wholesalers and distributors to ensure that responsibility is taken down along the chain of suppliers,” says Rasche.

Several of the supermarkets were unaware of the water shortage problem prior to Danwatch’s investigation, but both Dansk Supermarked (owners of Netto, Føtex and Bilka) and Aldi expressed an intention to change their procurement policies.

“We are in dialogue with our supplier about this issue and are discussing at the moment how we can ensure that we do not contribute to water shortages in the future,” writes Aldi.

Water theft continues in Petorca Province despite the fines assessed to certain avocado plantations for violations of the water code, according to numerous sources interviewed by Danwatch, including Gustavo Valdenegro, mayor of the town of Petorca.

“We have fought against the illegal extraction for a long time. The politicians say they will do something about it, but the problem is that the plantation owners are connected to the politicians,” says the mayor.

Several of the avocado plantations that have been convicted of water code violations in Petorca Province belong to prominent Chileans. One of these, Agrícola Cóndor, is owned by Chile’s former minister of the interior, Edmundo Pérez Yoma, who was convicted of laying pipe from a well outside of his property and through a riverbed without permission from the authorities.

Pérez Yoma confirms that Petorca Province suffers from illegal water extraction, but denies that his avocado plantation has been guilty of the practice.

“I strongly deny that Agrícola Cóndor has ever drawn water illegally. The construction (in the river, ed.) was deemed illegal for installing a pipe from a well, not for illegal extraction of water,” wrote the former interior minister in a reply to Danwatch.

Danwatch requested comment from the association of plantation owners and farmers in Petorca Province, Agropetorca, whose members include many large avocado plantation owners, but received no reply.

The investigation has been conducted in accordance with the ethical principles of Danwatch and international press ethical guidelines. The contents of this investigation are the sole responsibility of Danwatch. Legal advice on the investigation by Lawyer Poul Hauch Fenger. This publication is produced with financial support from Danida.

Danwatch is an independent media and research centre that investigates the influence of businesses on humans and the environment globally. Danwatch commits to national and international rules and principles on good ethics of press practice, including the Media Liability Act (Denmark) and the International Federation of Journalists’ Declaration of Principles on the Conduct of Journalists (international). 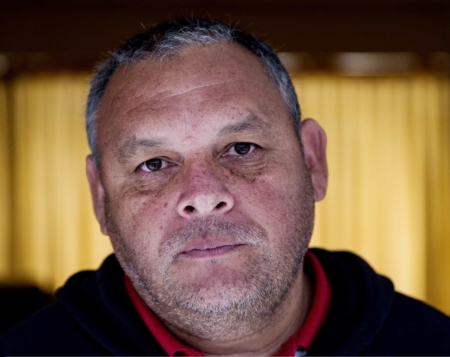