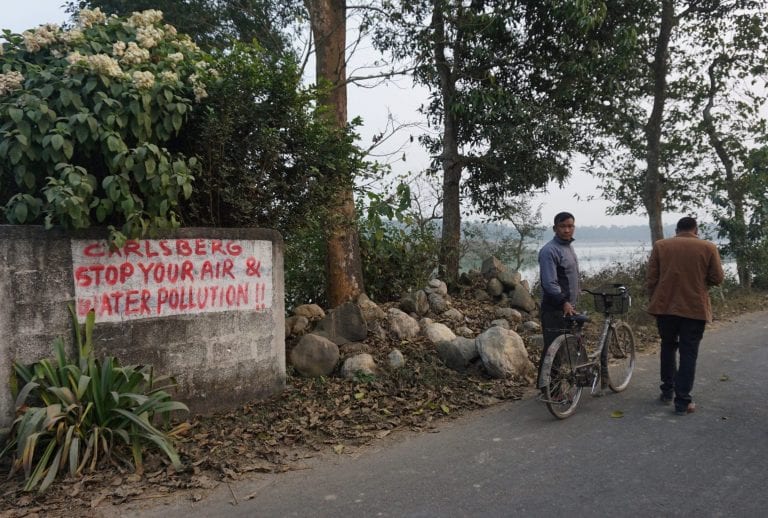 Carlsberg were adamant in their response, when they were confronted earlier this year with water samples indicating serious pollution of the great Narayani River, a river which is home to  several endangered animal species, just off the Carlsberg brewery in Nepal.

Water samples obtained by Danwatch and P1 Orientering in December 2017 and again in February 2018, showed pollution levels exceeding the national maximum permissible limits in both Nepal and Denmark.

Experts estimated that there was a risk of oxygen deficiency and fish kill in the river because of the pollution. They also stated that the source of the pollution most likely came from Carlsberg’s  brewery in Nepal, Gorkha Brewery, because samples taken 500 meters upstream from the brewery showed a river which was not polluted.

The Danish beer giant could “only conclude that the water samples collected by Danwatch do not represent values from Gorkha Brewery”. Therefore, the samples had been collected incorrectly, Carlsberg claimed.

Today, it’s a different story coming from the company which, backed by Danish development funds, is now dominating the beer market in Nepal.

Since the publication of our investigation in March, Danwatch has been in touch with local sources. They have informed us, that the brewery has made operational changes as a result of investigations conducted in the wake of Danwatch’s revelations.

When asked about the results of these investigations, Carlsberg Group’s media director now acknowledges that Gorkha Brewery was indeed a source of pollution.

“Our Supply Chain team traveled to Nepal to see this first hand, because we could not recognize the results of your tests. There were obviously circumstances that did not conform to our own internal measurements,” Carlsberg’s media director Kasper Elbjørn told Danwatch.

Carlsberg’s experts found that the brewery’s wastewater treatment plant was working well, but that there were other effluents from the brewery which caused pollution of the Narayani river.

“When they did not find problems with the wastewater treatment plant, they examined the area and the river around the brewery, where they identified three possible sources of the increased values”, Kasper Elbjørn said.

One of the culprits was drainage from spent grains, which is organic waste from beer production which can be used for animal feed. The brewery distributed the spent grain to local farmers from an area next to one of the brewery gates, situated right next to the river.

Therefore, they immediately halted the distribution of spent grain to local farmers from the area next to the river, Elbjørn said.

“They identified the wet spent grains as a source of pollution, because the farmers handled the spent grains inappropriately. We take responsibility for this pollution, which is why we stopped it immediately. Now, Gorkha distributes spent grains directly to the farmers”, he said.

“We also found evidence that rainwater that runs into the river from the brewery, may contain excessively high values. We have solved this issue now with some minor investments in rainwater drainage, which is now directed through Gorkha’s wastewater treatment plants”, Elbjørn said.

“These are plausible explanations from Carlsberg. These are the typical reasons why breweries operating in poor countries, despite the fact that they have established wastewater treatment plants, often contribute to water pollution”.

He explains that it is common practice – also in Denmark – that spent grain from breweries is distributed to farmers.

“It is organic waste, which will result in pollution if it flows into the river. The spent grains are probably the main cause of pollution, it also explains the results we saw in the water samples”, Andersen said.

“I do not know what a court in Nepal would conclude, but in Denmark it would be their responsibility. Carlsberg certainly has moral responsibility for the pollution. The spent grain is a byproduct of their production, and the distribution takes place on their grounds”, Andersen said.

Digging into the river

Carlsberg says that in addition to stopping the distribution of spent grains from the river bank and treating the rain water, they have also been digging into the Narayani River.

“We found that there is a reduced water flow in the river branch receiving the treated wastewater from the brewery. Therefore, they made a dredging to improve the flow during periods of low water levels,” said media director Kasper Elbjørn.

That, however, puzzles the DTU professor. The water pollution will become more difficult to detect if the water flow in the river increases, he imagines.

“The low water flow in the river does not in itself explain the high values. Rather, this is about increasing the flow in case you would return to take additional samples”, Andersen said.

Nepal is not the only country where Carlsberg has caused water pollution in recent years. In both Laos, Malawi and China, breweries owned by Carlsberg have polluted their surroundings.

Now they are gathering the experiences from the pollution case in Nepal, they say.

Will this case have impacts on your production elsewhere?

“This is an isolated case, but obviously we have gathered the experiences and shared them with breweries in other parts of the world, because of this incident in Nepal. We now know, that potential sources of pollution that are not connected to the sewage system, may occur. And we are affected just as much as society is, if rivers or groundwater at our breweries are polluted”, Elbjørn told Danwatch.

The case also has consequences for Carlsberg’s sustainability strategy, which among other things is about protecting water in high-risk areas around the Carlsberg breweries towards 2030.

“We have compiled the experiences and shared them with those in charge of implementing the strategies, due to Danwatch’s inquiries about Nepal”, Elbjørn said. 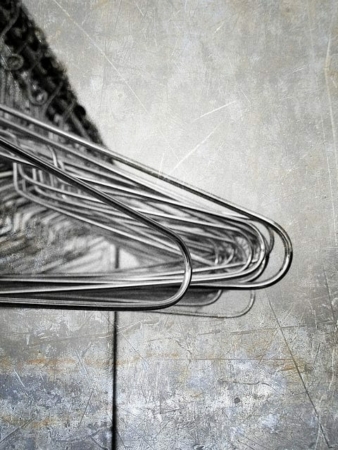 Power relations in the value chain of fashion 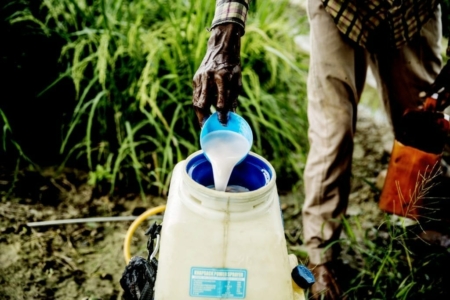 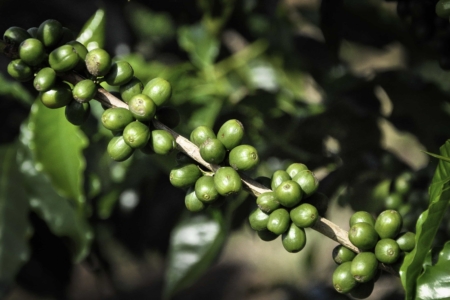